Been super busy of editing my future book. So, I’ve had little to no time for free writing, not even for the blog. So, I’m taking just a short break to write this little apology to you guys for not having a flash fiction scene this week.

I do apologize, but at least I am working on another book for release.

Have a great week and remember:


Let your imagination soar when you read.
Posted by Anything and Everything Paranormal Blog at 12:00 AM No comments: 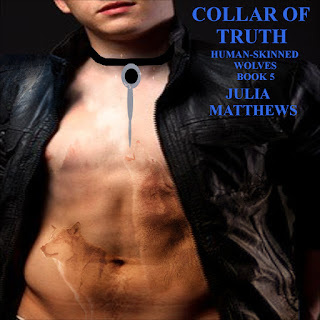 Time has come. Ethan Cooper has been confined by silver for long enough. His warriors stood behind the wall, waiting for his signal. He would soon be among his hidden warriors, preparing the final steps for eliminating Juan, a half demon, half werewolf. Monster. Murder. A man who Ethan Cooper would serve justice to. Not only for the death of his father, but the harm done to each werewolf in the New Beginning Moon Area. Easy task. Right? Wrong? Trouble lay ahead. Biggest being creating cohesion between him and his two predestined mates. Was it possible? Could three people with different personalities work as one?
Posted by Anything and Everything Paranormal Blog at 12:00 AM No comments:

Hi,
Hope all had a great week. Mine has been busy, but not on the writing from. Although, I did spend Saturday and Sunday finishing up the last two chapters of revision on a story. Looks like I’ll be going back into the editing phrase. (Oh boy, just what I love to do. Not.)

Have a great week and remember let your imagination soar when you read.
Julia 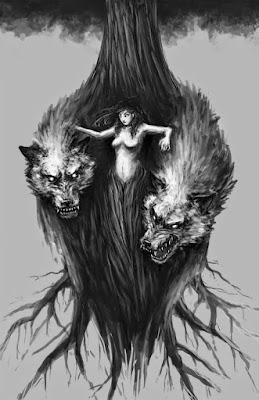 * * *
Note This is an unedited scene
ADULT CONTENT
M/F/M Content
* * *
It was time. He’d waited for years to her acceptance. The process had scared her, with good reason. It was not an easy step to take. Once Tray’s and his wolf engulfed her in their natural born magic meant she would be tied to them until her death. The magic entering her body was said to be painful. Extremely. Other females described it as unexpressable. That alone was what had taken Rebecca five years to consent to become his and Trays.

“Beautfiul.” There was nothing else he could say.

“You always say that, Rex.”

He couldn’t deny it. She always bore a smile for him and her tiny dimples glowed when she did so. “You ready for this?”

She took a deep breath, making her firm breast lift. “I think I am.”

“You have to be sure, or it will be for nothing.”

“I know, sweetheart. I know. Can you endure what has to be done?”

“I can.” She stood up taller and scooted herself closer to Tray. “I am stronger know than I was when we met.”

That was the truth. She was no longer a teenager starting college. She was a full woman, with a steady modeling job. She made more than Tray and him combined did at the Security Firm.

“Let’s get this done.” She walked over to him, with Tray following at her side.

“Give me a minute.” He tugged his shirt over his head and started picturing his wolf as he kicked his shoes and jeans off.
Posted by Anything and Everything Paranormal Blog at 12:00 AM No comments:

Sorry No Flash Fiction This Week

Hope all have had a great week. There will be no flash fiction scene this week. Sorry for that, but my mind is jumbled up and frayed in many different direction and I just don’t have the energy to write another post after writing the other five for Anything and Everything Blog. If you’d like to check those out here is the link to that site.

Hope you guy’s have an amazing Labor Day.
Remember when you read let your imagination soar.


Julia
Posted by Anything and Everything Paranormal Blog at 12:00 AM No comments: