Today is the Twenty-sixth, the last day of the A to Z April Blogging Challenge and today’s chapters starts with the letter Z. Enjoy and remember let your imagination soar as you read.

This concludes the A to Z April Blogging Challenge. This has been a month of wonderful visits to different participating blogs. I thoroughly enjoyed each one of them. I’m already looking forward to next years.

I hope all enjoyed the story and remember always let your imagination soar when your read or write.

The second book in the Human Skinned Wolves Series is releasing on May 11, 2015. Hope all get’s there copy. It will be a great way spend these lazy Spring days. 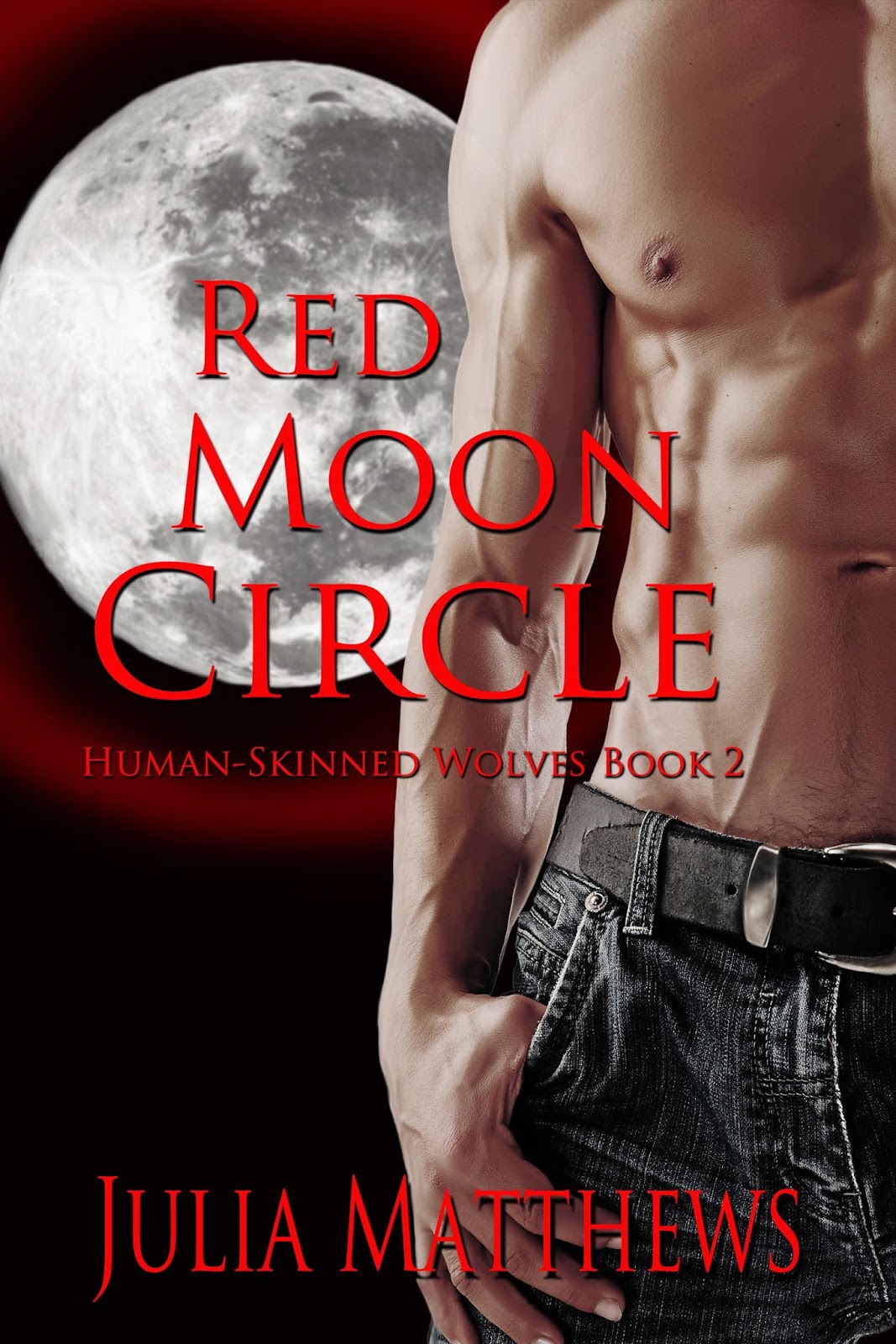 Releases
May 11, 2015
Exclusively on Amazon
And listed in the Kindle Unlimited

Twenty plus years of seclusion has Christian Moon wondering if the sign his father promised would ever come. He had no idea what it would be; he did know why it would come. To free the werewolves, he was destined to lead, from the chaos his brother cursed upon the Indian Moon Area when he took control. Not only would the werewolves be free; he’d be able to gain some revenge for his family’s unnecessary death. Little did he know just how important the sign would truly be to him.
Brandon Blaylock has had enough of being controlled by his family and hiding his true self. When his lover of six years informs him he’s getting married, Brandon decides it’s time he lives his life for himself. Not an easy decision, specially when you’ll be moving all the way to the other side of the country to face a bunch of unknowns.

Posted by Anything and Everything Paranormal Blog at 4:30 PM No comments:

Today is the Twenty-fifth day of the A to Z April Blogging Challenge and today’s chapters starts with the letter Y. Enjoy and remember let your imagination soar as you read.

Ying and Yang
“And you won’t.” Ronald, the eldest Spirit Council member aimed a small pistol at Sham’s computer and fired.
TeaLef, Jag, and me snarled at them all. Sham and Chief Parker gaped at the shattered computer for a second before they whipped their head around and roared at Ronald and the other four. The faint yellow flowing from Sham and Chief Parker alerted all suprenatrual creatures of a pending shift. It also had me sending out a fragment of myself. I tried to pull on the Spirit Council magic I possessed, but found the connection broken.
I was laughing before I knew it, which drew the attention to everyone and did the trick I had been planning on doing with the magic, stopping Sham and Chief Parker’s shift.
“Vain, Vain, did you truly think I’d entered here with you still in possession of your Spirit Council magic.” Ronald sneered at him.
I crossed my arms and leaned against the closet door, mainly to pin it shut since I could feel Beau’s impending entrance. Kinnely, the next to eldest Spirit Council member, who reminded me of a bull shifter when he mocked my stance, but sounded like a teenage boy stuck between his boyhood voice and his manly one, must have thought I was contemplating an attack. He lifted his gun and aimed it at me.
I grinned back at him and let my hand slip under my shirt. “You do realize how dangerous aiming a gun at me is?” I nodded toward my hand, which now held one of Sham’s homemade sleep gas bombs.
“Where did . . .”
“Dumb ass.” Ronald pushed Kinnley’s gun down. “We came here to eliminate traitors, not have them take us out.”
TeaLeaf and Jag huffed, but I saw their hands slipping behind their backs, where I knew at least a knife or a gun hid.
“Why take us out? All of us have done your dirty work.” I shrugged. “Infact, we were four of your top ten fighters.”
“Vain, dear friend, you might have been.” Ronald shook his finger at me. “But, you betrayed us. Turned your back on us.”
“How so?” I knew what he was talking about, but since he was in a talking mood I was going to get some verification of what I’d been thinking.
“You created the underground world.” A red headed Spirit Council member, which I didn’t know the name of. Kind of odd, I had met each of them at some point over the years, but his name escaped me.
“You are undermining the main reason we came here.” Adam, the youngest member of the Spirit Council stepped around Kinnely. “Why would you do this?”
“And how does assisting supernatural creatures wanting to go back to their homelands undermined you overtaking a land you’ve done gain control over.” I pushed against the closest door when it pressed into my back.
“You might as well let TeaLeaf’s son join us.” Ronald motioned for me to step aside.
“Don’t think so.” TeaLeaf said.
“Why not? We’d stashed him to gain access to TeaLeaf, but TeaLeaf let others oversee of his son. Why would you do such a cowardly thing?” Ronald kept motioning for me to step aside, but I waved the little sleep gas bomb I held.
“My goal was to give my son a happy, safe, long life. Not lead my enemies to him.” TeaLeaf made a step towards Ronald, but Jag gripped his arm.
“Your lack of checking on him caused his misery filled life.” Ronald shrugged. “If you’d shown up I would’ve taken you and let him go live a peaceful life with the man his mother deemed fitting to raise her child.”
“Looks like waiting for you to show up allowed us to take out all the leaders of the underworld world.” Kinnely chuckled. “Better for us. Thanks.”
Vain banged his head against the door and Beau ceased trying to get out. “I’m still waiting to understand why the underworld would undermine your control over this world.”
“You’re so naïve.” The red headed Spirit Council member rolled his eyes.
“Enlighten us then.” I said.
“Vain, Vain. Why would I do such a stupid thing?” Ronald shoved the red headed guy back. “Keep your mouth shut, I run this show. You know that.”
“Why is that?” I barely suppressed my smile at how easy it had been to get them to start fighting among themselves.
“Because,” Ronald thumped his chest, “I’m the eldest Ying and Yang left alive. I myself am responsible for eliminating all peon’s and infestations among X-on and our secondary world.”
“But you didn’t succeed in ridding X-on of all Zebra’s did you?” TeaLeaf moved in front of Jag.
“He didn’t.” Sham said and moved to lean beside me. “I believe that’s why he wanted to control Earth.”
“How’d they find out all this?” Kinnely glanced at Ronald, who was tapping his weapon.
“Does ‘t matter.” Ronald aimed his gun. “All of them - - -”


I watched on as a seven foot, body builder man gracefully walked into the room, with four other men. They were in full army duds. Outfits I hadn’t seen since the Gutting War ended. Kind of freaked me out for a minute before the guys placed their guns against the temple of the each of the Spirit Council.
Posted by Anything and Everything Paranormal Blog at 3:00 AM 1 comment:

Toady it the Twenty-fourth day of the A to Z April Blogging Challenge and today’s chapters starts with the letter X. Enjoy and remember let your imagination soar as you read.

X-on’s Secret
“He’s a direct descendant of the very first supernatural creature. Most don’t know of their existence. They were believed to have died long before our current leaders took over. I’m not quiet sure why the new leaders decided to make their existence a X-on Secret.”
My mouth fell open and I closed my eyes. This wasn’t possible. The Spirit Council had been around for almost a millennium and half.
“Then how do you know about them?” Beau wasn’t as stunned as the rest of us. Didn’t surprise me since he knew very little about his own race.
“The story was passed down to me by grandfather and father.” TeaLeaf sighed. “I would’ve passed it down to you.”
“Then do so know.” Beau sat up as straight as he could in my lap and smield at TeaLeaf.
I wasn’t sure if it was Beau’s smile or the glow his request put on TeaLeaf’s face that made me the happiest. Beau had accepted TeaLeaf as his father and was trying to make up some of their lost time. Funny how it was being done during unraveling loads of secrets.
“The Zebra race was the first supernatural born and ruled X-on from get go. As more and more races sprang up from the unknown or traveled to X-on the more they were respected. The Zebra race was gentle, caring, and giving. They always put the health of others ahead of their own needs. They let the races vote and make decisions about X-on as a whole.” TeaLeaf shook his head. “Like most races there were some who disliked their approach of leadership. One day an enemy broke their protective walls and eliminated the last living one. He had not yet bore any children, so the raced . . .”
“Okay,” Vain didn’t understand why TeaLeaf thought Rave Mitchel was one of them if their race ended in the attack. “Why does Rave Mitchel having a Zebra birthmark make you think him one?”
“Who cares right now?” Beau elbowed him. “Finish the story. Did they find out who attacked them?” Beau wiggled and leaned forward a bit.
“Yeah, Vain, let TeaLeaf finish his story.” Sham chuckled and Jag buried his head in TeaLeaf’s neck.
“Fine.” I pinched Beau’s hip. “No more elbowing me.”
“Then hush and let him answer me.” Beau leaned back.
“Rumor was the Ying and Yang race, but there was never any proof since the entire fortress the Zebra lived in was burned to the ground.” TeaLeaf held his hands up. “That’s all I know of the story.”
“Damn.” Beau looked back at me. “Now you can get your answer.”
“Really, what if I want something else.” I claimed his lips and he moaned.
“I’ll give - - -“
“Stay on track.” TeaLeaf huffed and mumbled something below my hearing. I was sure it was a plea not to see his son making out with his helpmate.
I broke the kiss and squeezed Beau against my chest. “Why does Rave Mitchel having a Zebra birthmark make you think him one?”
“Every member of the Zebra race was known by their birthmark.”
“Who was the Ying and Yang race?” Sham was speed typing on his computer. “I can’t find a damn thing about them.”


“Incoming!” I sprang to my feet and pushed Beau toward the closet. He snarled at me, but didn’t argue when I shut him away just as our room door was busted down and the top five Spirit Council members stormed in.
Posted by Anything and Everything Paranormal Blog at 3:00 AM No comments: