2014 is at its end. Can’t believe it. The year has zoomed away from me. I didn’t meet all my goals last year, but I made great progress on each one. I hope for a more productive year in 2015.

I sure am starting it with a bang by releasing Moon Called Human-Skinned Wolves Book 1 on Jan. 5. It’s the first of what I hope to be a seven book series. (Not sure, but there might be a eight book lurking in the back of my mind.) It’s not the only one though. I might not have published but two books in 2014, but I free wrote several.

My goal is to release the following three books in 2015. I have set tentative dates set for each, but I never know when a free write might turn into a complete different story, delaying me and sending my schedule into the sky with the birds. So, I’m only going to give the month I hope to release in, until I’m one hundred percent sure the date I have can be met. (Besides for Moon Called.)

Just because these are the three I’ve told myself will release in 2015, don’t mean something might change. So, make sure you keep a check on my website, blog, and Facebook site for any changes.

I hope each of you have had an awesome year and are welcoming the New Year in with the people you care the most about. Have an awesome night and good luck on meeting each and every goal you set for yourself in 2015.

Have a great upcoming year and remember,

Let your imagination soar when you write and read.


Julia Matthews
Posted by Anything and Everything Paranormal Blog at 3:00 AM No comments:


Thanks to a great friend, Adrienne Wilder, I have a new cover for
Moon Called Human-Skinned Wolves Book 1,
which releases on Jan. 5th. 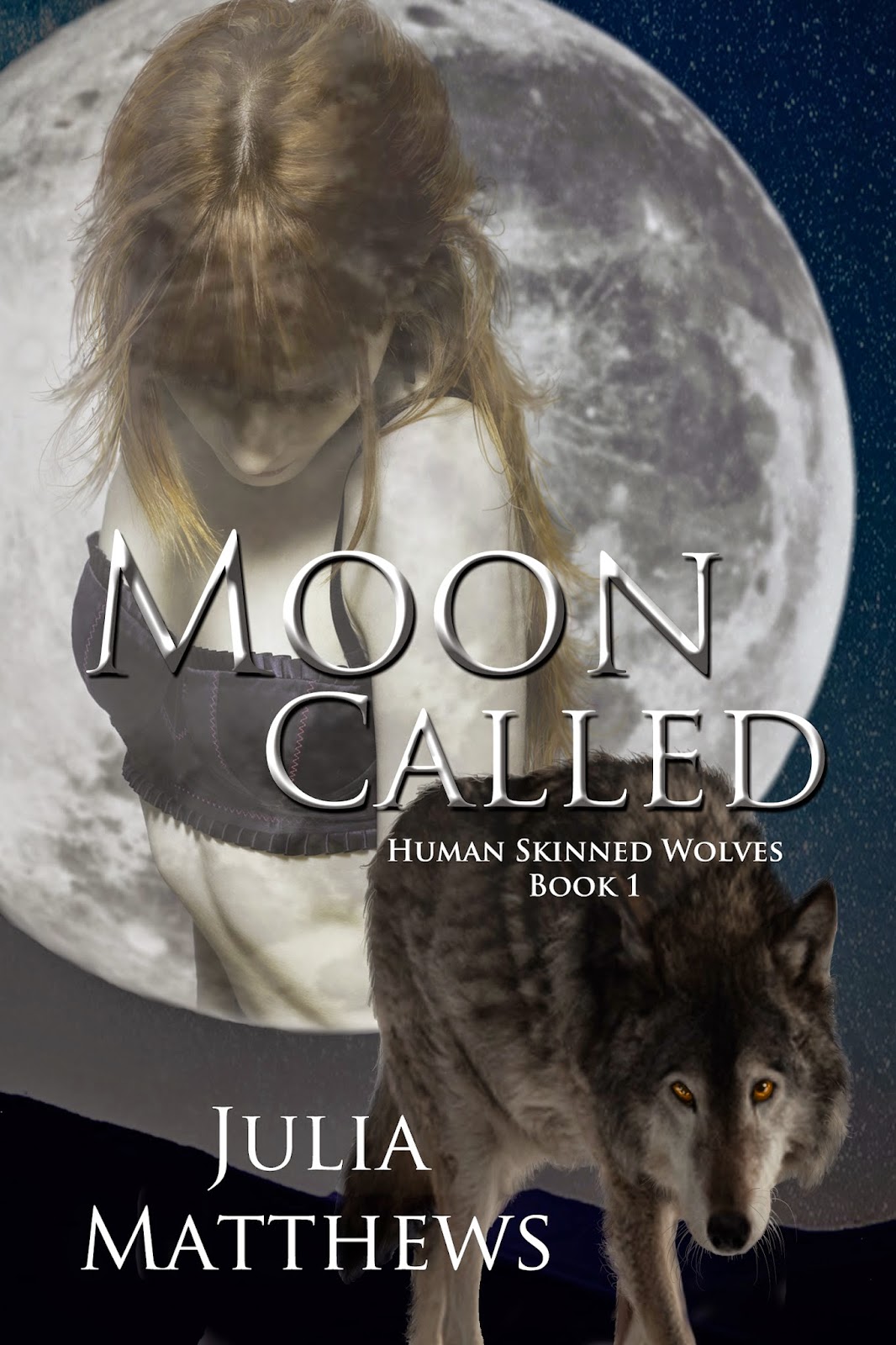 I hope the cover only entices more of you to get your own copy when it releases exclusively on Amazon.

Have a great day and remember

Let your imagination soar when your read and write.
Posted by Anything and Everything Paranormal Blog at 7:22 AM No comments:

Preparation for a New Year

Christmas is over with. We are mere days away from a New Year and it’s time to make those New Year Resolutions. Will yours pertain to work, personal life, or both. Maybe you feel work and personal life is the one in same. If you are a self-publisher, who writes because of the enjoyment then they may be.

I’d love to hear your thoughts about your beliefs on New Year Resolutions and encourage you to share yours. This week’s post is being broken into two posts. This one and the one that I will put up on Dec. 31, which will include my tentative e-book releases for 2015. This year my New Year Resolutions are focused on my future releases, so only right I share them with my readers.

Have a great few days and remember,
Let your imagination soar when you read and write.

Julia
Posted by Anything and Everything Paranormal Blog at 3:00 AM No comments:

Christmas is three days away, most are rushing around finishing up those last minute items. Use to, I loved the last few days. It was a rush to mix in among the last minute shoppers and wonder what kept them from being safely tucked away from the crowds. Was it similar to mine, last minute guest arriving, or were they simply procrastinates.

Note that I mentioned used to, these days my shopping is done by Thanksgiving and there are no last minutes presents to buy. Doesn’t mean there aren’t those last minute grocery items I won’t have to rush out and get. I’ve been known to forget the eggs or butter. Last year I was at the grocery store right before they shut down for Christmas Even because I forgot to buy the pumpkin. Can’t have the Christmas Eve meal without some Pumpkin Pies or Pumpkin Bread.

My goal is to always avoid these situations, but they always appear. Sort of like, the stories I create. They show up out of the blue, just like the pumpkin that I know I bought last year vanished. Now, I’m not saying the stories are bought by my pumpkin-snatching dad, but they come from somewhere and half the joy of creating theses stories are discovery the spark of ignition. Just like swearing my dad snatched the missing required grocery item is a major aspect of the Christmas Even meal.

Each holiday is made up of little things that increase our longing for the day to come. I hope the stories I create give you some sense of enjoyment. I know it can’t match the thrill of family traditions, but if it can come close than I’ve achieved my desire with my story. Everyone have a wonderful, happy Christmas and remember the true meaning of the season.

We all know that words and body language is how we tell what someone is truly saying. However, one person’s definition of a word might be different than yours. I’d like to say this doesn’t happen a lot, but I believe it does. (Way more than any of us realize. This may apply more to body language than words, but in my opinion the same applies.)

The world moves fast, therefore we zip around as well. So, when we listen we do so at the same rate our mind is going. That is where the problems can come from. When in a hurry you take the interruption that hits your mind quickest (Sometimes even forgetting to let the other person complete their thought.). Problem is you might hear a word used in your daily life, taking it at face value, but to someone outside your family, friends, or social classification, it means something right the opposite.

I never truly understood the phase ‘you misunderstood me’ until I started self-publishing. I just automatically assumed people used the same terminology I did. Found out fast they didn’t. Shouldn’t have surprised me, but it did. This revelation led me to see just how easily some of my teenage disagreements with my mom came about. She’d misunderstand what I was saying and I’d take her words the wrong way.  This is easy to do and way hard to correct. (I’m pretty sure there’s no true way to completely correct the issue.) What we can do is try to remember to stop and think of the words being said. Might take a couple more seconds, but it might prevent a major misunderstanding. Who knows, you might even learn more than expected from your conversation.

Everyone have a wonderful week and remember,

Let your imagination soar when your read or write.
Julia Matthews

Let’s shout for Joy. I’m a day ahead of my schedule. Not sure how that happened, but I’ll take about ten dozen or more days like this.

Hope all enjoys and remember it releases Jan. 5, 2015 exclusively on Amazon and will be listed in Kindle Unlimited.
Posted by Anything and Everything Paranormal Blog at 7:49 AM No comments: